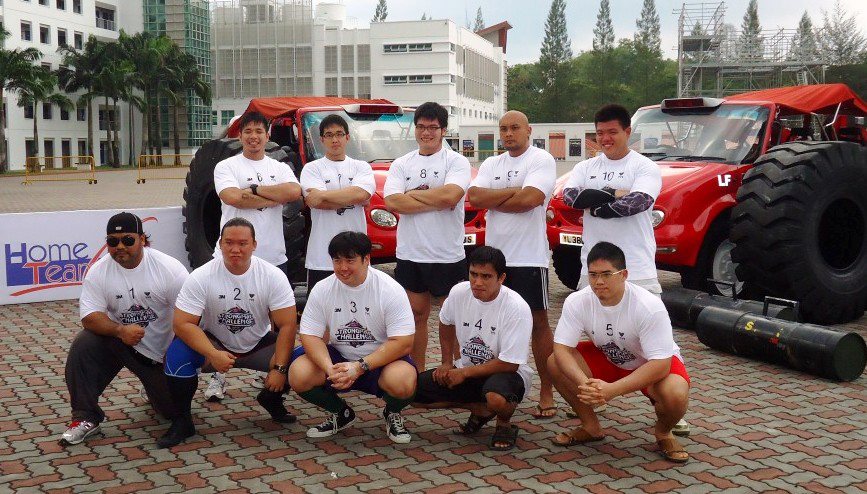 Saturday, 24th March 2012 – Strongman Challenge 2012 finals kicked off to a great success with Jen Li Sheng & Sophia Ong Hwee Szee being crowned as Singapore’s Strongest Man and Woman 2012 respectively. Over 2000 spectators and supporters turned up for the event held at ToaPayohHDB Hub, the same venue where it was held last year. This year’s event sported some new segments and of course, the Strongest Woman Challenge too, first of its kind here in Singapore.

From pulling a Mazda car to lifting 300kg metal barrels to even flipping a 350kg tyre six times, these finalist are indeed champions already. You think that carrying those groceries for your mum is heavy, now i guess you got no excuse for that.Anyways here are some of the spectacular highlights by the finalists: