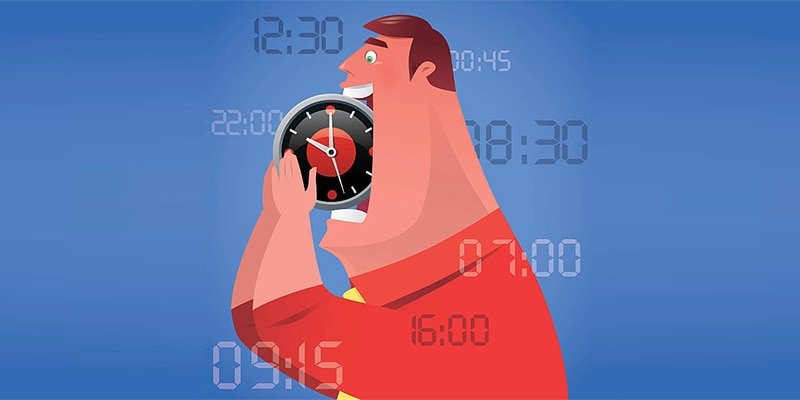 Most of us try to be more aware of what we eat and how it affects us. The difference is the proportions of the macros affect each of us differently.  But that’s just the basics. Adding on another layer of complexity into all this is not just what we eat but when we eat. And yes, there is  science to back it up. Just to step back a little bit, time-restricted eating is the idea that by constraining our eating within a certain time window  in the day – typically 8 to 12 hours per day, we stand to benefit from a variety of different angles. This is done usually earlier in the day to align better with our circadian rhythm.

I’m pretty sure that most of us have heard of intermittent fasting which is the more extreme version of time-restricted eating. But we’re not going there. Maintaining a more conservative time window has started to show advantages as well, possibly protecting people from obesity and metabolic related diseases.

A non-significant 22% higher risk for mortality from any cause was also observed among patients who fasted for shorter periods in comparison with those who fasted for 13 hours or more overnight. There’s also another study that associates an 11 hour eating window with a reduced risk of breast cancer and potential recurrence in women by as much 36% (R).

A little bit about us humans

When healthy adults eat meals that have identical macro-nutrient and caloric content at breakfast, lunch or dinner, the postprandial glucose increase is lowest after breakfast and highest after dinner even though the meals were 100% identical. This is an example that shows that our body chemistry and metabolism changes throughout the day. Because humans are diurnal,  our metabolic genes are more active during the day and less active at night.

What makes us diurnal? We have the internal clock in the brain, the suprachiasmatic nucleus (SCN) – which interacts with the external cue of light. It is also called the master oscillator. But we now know that it is not the only external cue that we have.  We also have the food influencing peripheral oscillators that occur in peripheral tissues such as the liver and influences metabolism. In short, light is the major cue for circadian rhythm but timing of food intake regulates circadian rhythm  in peripheral tissues as well.

This fact helps to explain why time-restricted eating as it’s defined by Dr. Panda’s work (R) and that of others begins with the eating period with the very first bite or drink of ANYTHING non-water, because any compound, can be reasonably expected to produce metabolic effects that influence these peripheral oscillators, including activity in the liver.

Everything from making neurotransmitters, to insulin, to glucose transport inside of cells, to oxidizing fatty acids, to repairing damage is on a 24-hour cycle clock that is influenced by these external cues involving metabolism.

These clocks regulate thousands of genes – about 10-15% of the expressed human genome which mean that our basic metabolic physiology is meant to be tuned to behave differently depending on the time of the day it is. Even the species of bacteria in our gut changes according to the time of day. This also means that with the advent of artificial lighting and work shifts, we are essentially changing our natural rhythm by eating later etc. This can  have very negative consequences. Late eating may “reset” peripheral clocks and cause misalignment of metabolism thus it’s possible that when you wake up your metabolism is at its end of its cycle.

Animals that ave been limited to 9-12 hour feeding window, where they can eat the same amount of calories they normal would, showed great benefits.

We all have very different life circumstances and sometimes it’s hard. But eating within an 11 hour window is very do-able for the majority of us. Have your first food at 8:30am and make sure you have dinner by 6:30pm and stop eating in an hour. It’s definitely possible to follow and why not for all the possible benefits that you can reap?